The PET/PMMA multilayer film has dichroism properties so that it reflects the light with a particular wavelength and transmits the light with other wavelengths. It is used as Rainbow Film for controlling the visible light zone and as a thermal shield film for controlling the IR area. These films are typically manufactured by SKC (Korea), 3M (USA), and the Rainbow Package Industry (Taiwan). 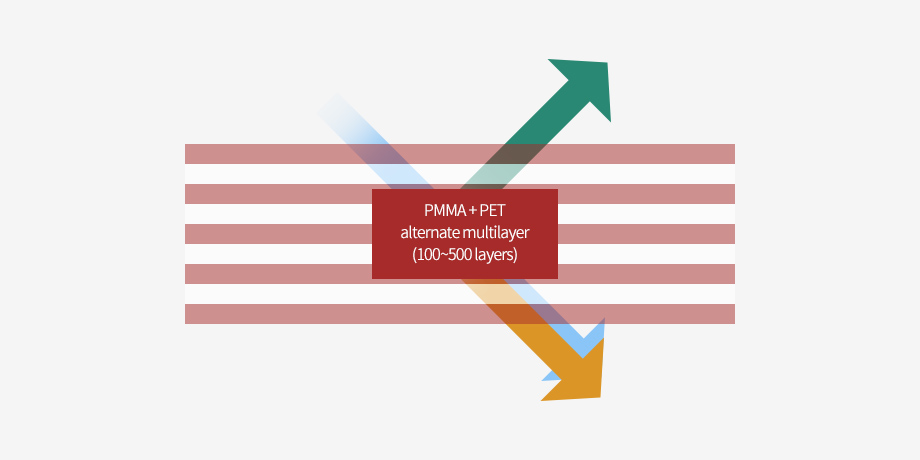 Rainbow Film is used as a material for interior decorations, packaging, multilayered PVC and paper, the back covers of mobile phones, and fashion materials. In the case of the thermal shield film, it is used for cars, building windows, etc. The film is made of only polymer and has no corrosive metallic elements, making it the highest-grade product with a long life and a high level of performance.

The material properties of the PMMA used for the PET/PMMA multilayer film are suitable for the PET co-extrusion process, and it has superior stretching processability for films than general PMMA. 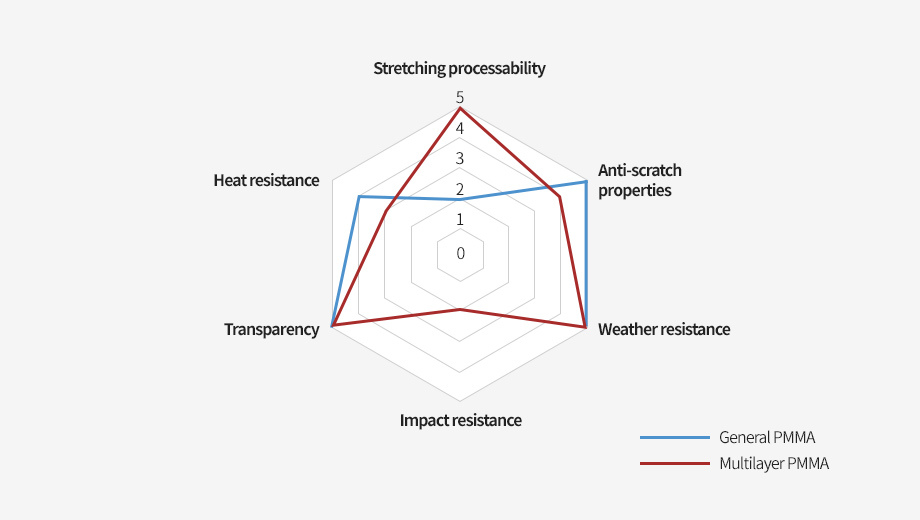 04 Person in Charge of New Product

We have assigned a person to be in charge of each task and
to answer your questions quickly.